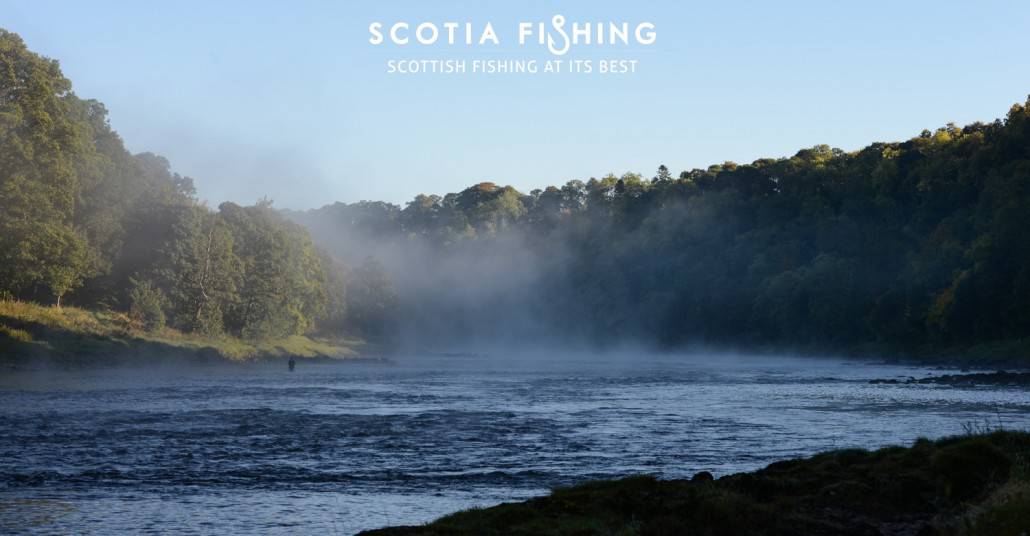 Stunning Autumnal light when Salmon fishing on the River Tay!

The River Tay is steeped in tradition and Salmon fishing history. In-fact the biggest ever Salmon caught in the UK was caught on this very river back in 1922 by Miss Georgina Ballantine. It is still the British record rod caught Salmon to this day and unlikely to ever be beaten!

Salmon fishing on the river tay in Scotland during low water conditions in September.

Scotia Fishing provide guided Salmon fishing on the River Tay from opening day in January up until the last day in October.

The great thing about the River Tay is fresh fish run the river from opening day, until the last day of the season. This means you will always have a chance at landing a bar of silver! 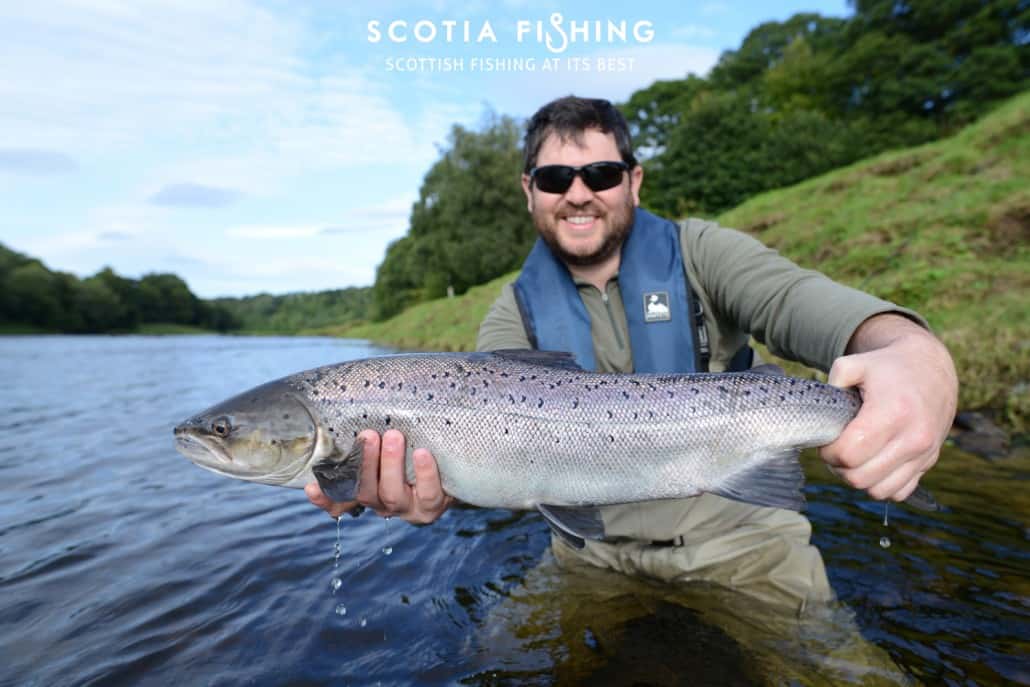 A great back-end Salmon for Dan from Oklahoma on the River Tay!

The River Tay has a great spring, summer and back end run which makes the river very unique and consistent throughout the season.

The tributaries of the river Tay have some of Scotland’s most prolific spring salmon catches. If you time it right,  they can offer you one of the best chances of landing a spring Salmon in Scotland! 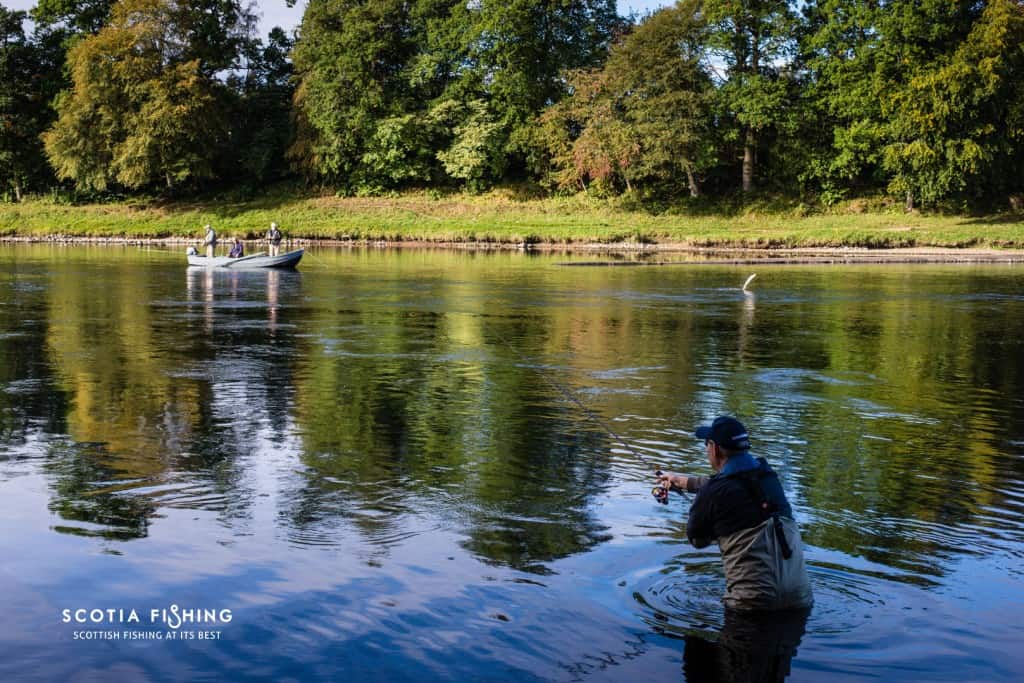 Can you spot the jumping Salmon

Salmon Fishing on the River Tay

The Tay is one of the few Scottish rivers that will fish in mega low summer levels right up to 12ft above summer levels which was conditions we faced on the last week of the season in 2014 and still caught fish! 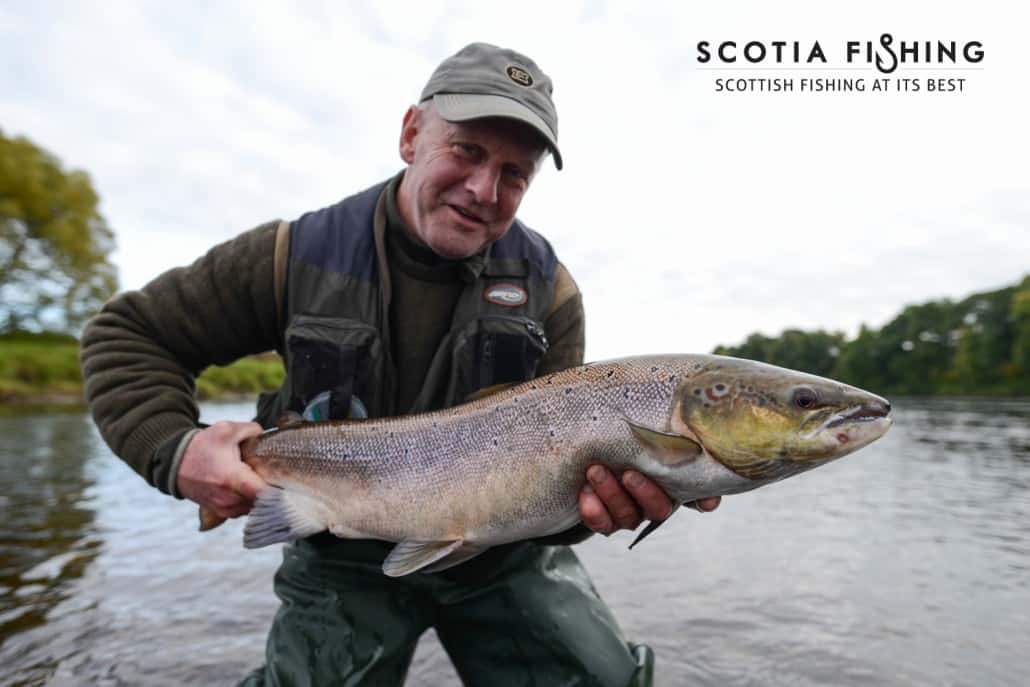 Ronnie with a coloured back-end hen typical of fishing in the fall & autumnal months.

Up until the end of the 2014 season the Tay ran a trial extension period for four years with the season running to the end of October. This was a great idea in our eyes but following a vote in December 2014, land owners on the river have opted against this being applied for on a permanent basis.

This is a shame, as on the second last day of the season in 2014 we were still catching bright bars of silver like the one below. 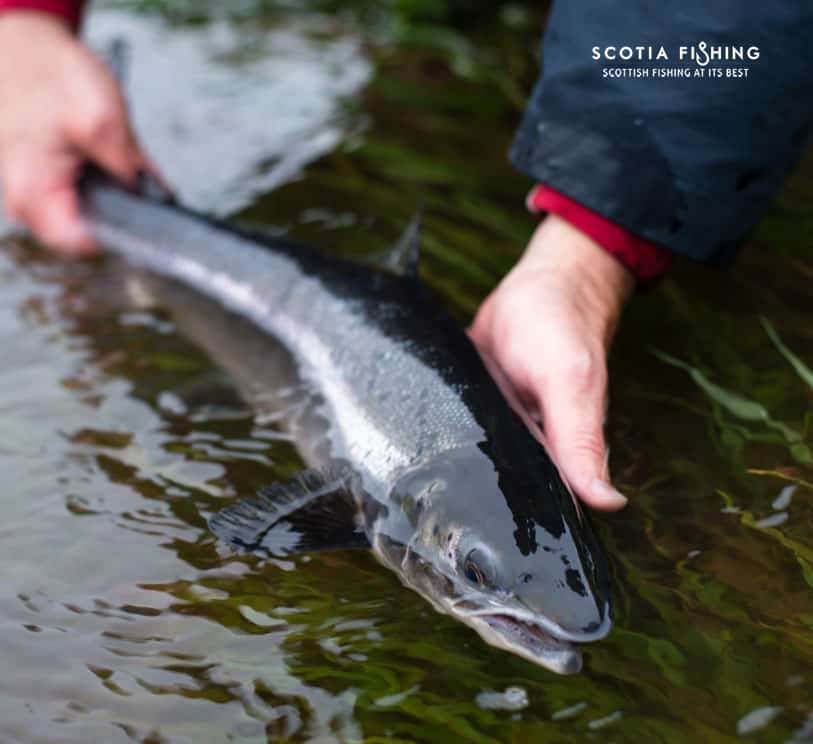 A stunning wee Grilse from the 2nd last day to the extension season.

There are so many picturesque beats offering first class Salmon fishing on the River Tay with great ghillies and facilities to match.

Different sections of this magnificent river fish best at different times of the year. Scotia Fishing will use our knowledge and experience of fishing and guiding on the Tay to select you the best beat suiting your requirements to give you the best opportunity possible of landing that prized Atlantic Salmon! 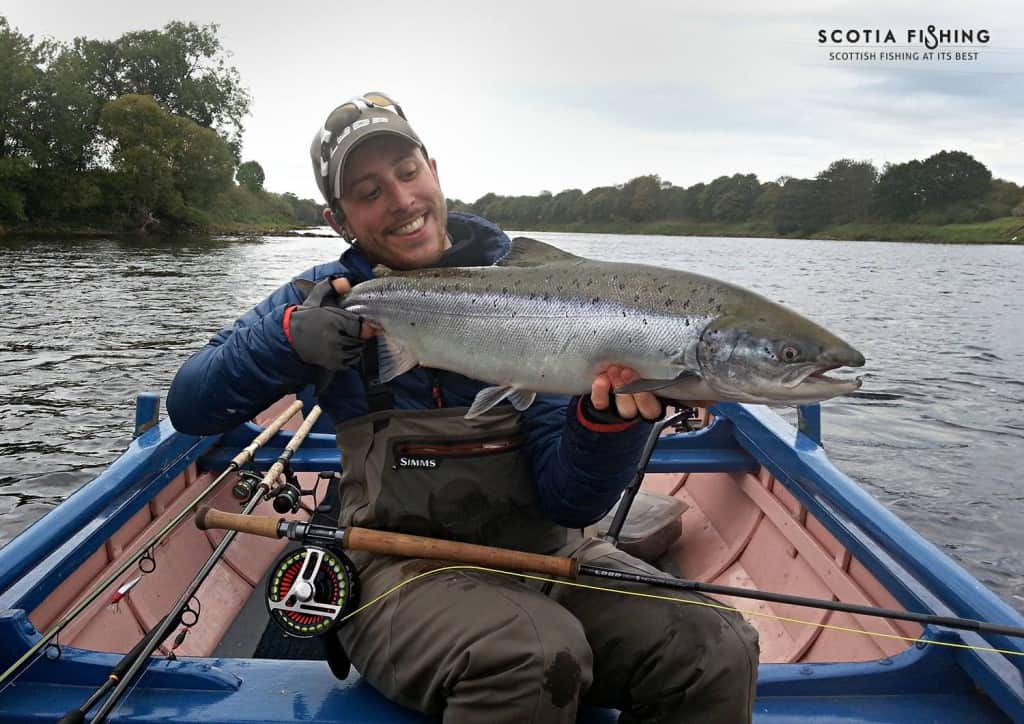 A stinker of a salmon from the River Tay. Caught on the fly by Scotia Fishing owner..

We offer one of the best value services in Scotland and have built up a reputation for delivering results. Don’t just believe us, check out the independent reviews on Trip Advisor.

Fishing Trips in Scotland – July Round Up

Fishing in March in Scotland 2015 with Scotia Fishing

Best Salmon Fishing in Scotland – Our Thoughts Grayling Fishing in Scotland
Scroll to top
This website uses cookies to improve your experience. We'll assume you're ok with this, but you can opt-out if you wish using your browsers settings. ACCEPT Read More
Privacy & Cookies Policy