We’ve been busy little bees at Scotia HQ these last couple months. We’ve been updating our website and busy analysing last years performance. It was a great season and we cannot wait to get started in 2015!

We also have some new guided fishing packages including the father and son package and winter packages for Grayling and Pike with special promotions.

Scotia Fishing has also combined with Scotia Golfing to provide Scottish fishing and Golfing at its best. What better way to experience Scotland than enjoying both of our most iconic sports!

Head guide Callum Conner was out making a film about winter Grayling fishing in Scotland with Speycast Media which you can now see on our home page – “Winterfish, check it out if you haven’t seen it!

When we’ve not been working we’ve managed to get out for a cast for one of our favourite species – the Grayling. This is the time of year when guides get to do some fishing so we try and make the most of it.

The sport has been great up until the recent floods and head guide Callum Conner managed to beat his PB with this fat 48cm Grayling! 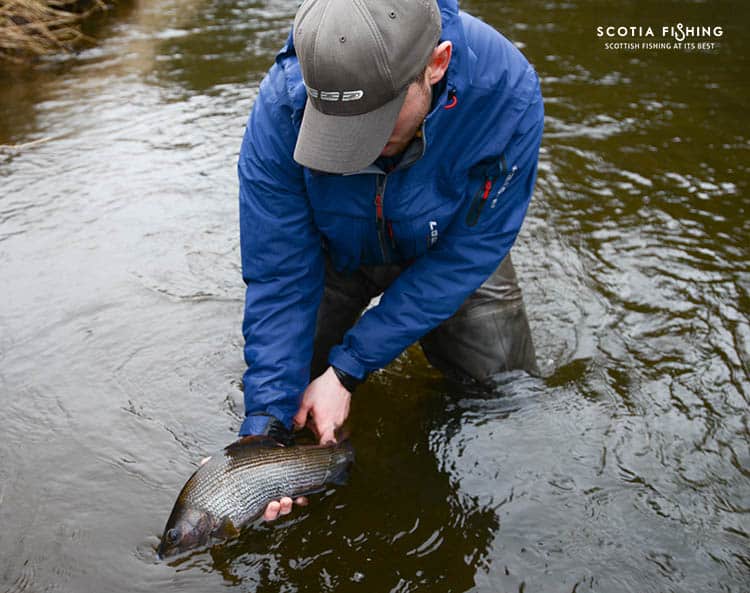 If you fancy a days grayling fishing please get in touch!

It’s all go at Scotia but keep checking back for the latest fishing updates as the season progresses!

Tight Lines from the team!

I’ve been Grayling fishing in Scotland since I was 18 and I can remember when I caught my first ever Grayling down on the River Tweed. After a few trips without success, I managed to eventually catch one after applying some advice I was given on a fly fishing forum (they can be helpful places sometimes!).

I was fishing for Grayling in the summer and set up with a duo of klinkhammer and gold beaded hares ear. I was told to strike every time the klinkhammer disappeared and eventually I struck and it moved – I had hooked something. 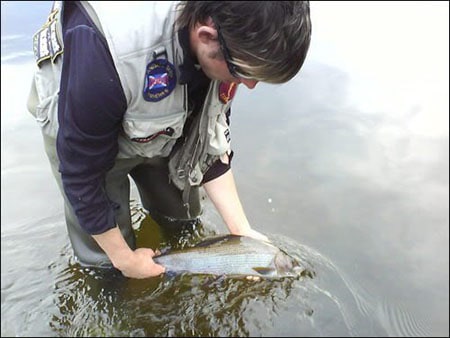 Where the love began, my first ever Grayling and equally impressive hair style – blonde streaked mullet… Those were the days hey?

I landed the fish (which was over 2lb) and safely returned it before proceeding to catch another smaller one and calling it a day. That’s where the love began.

Over the years I have fished various rivers throughout Scotland, building up local knowledge on the rivers and refining my techniques. Without blowing my own trumpet I’ve been lucky enough to land my fair share of specimen Grayling along the way.

It was on the 1st of January 2015 I first beat my personal best with this horse of a Grayling caught on a red tag hares ear and measured at 48cm but look at the shoulders on this thing! 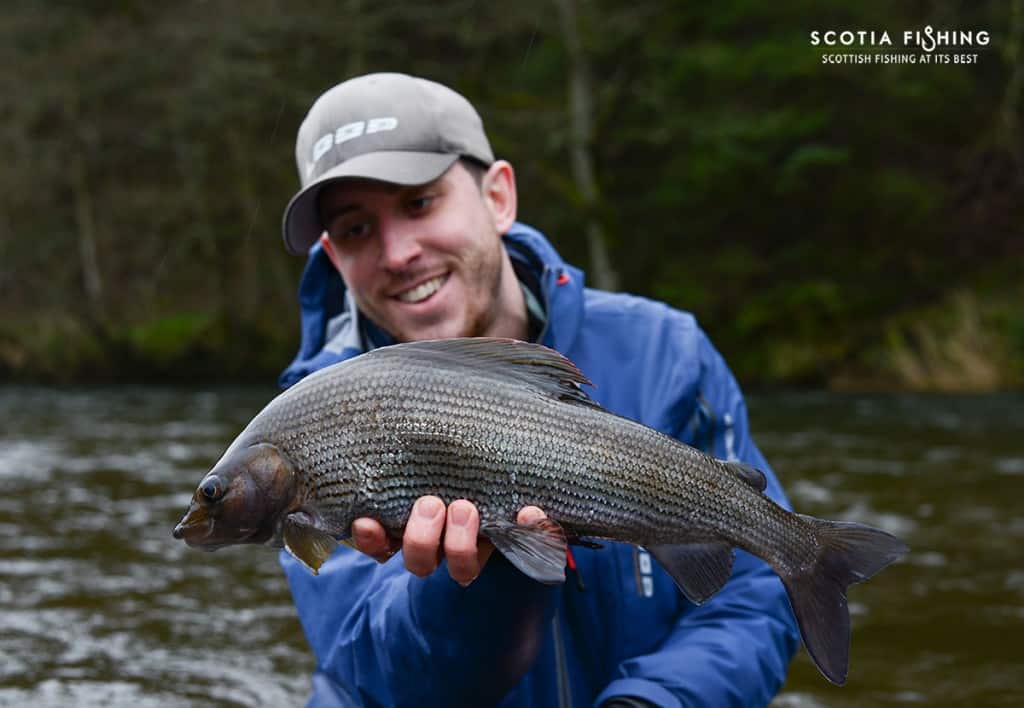 This was a personal best at the time…

I have caught and weighed Grayling up to 2lb 12oz and this was a bit longer but unbelievably fatter! Easily 3lb plus. That’s only a number though, I just enjoyed catching the fish. Far too much emphasis in fishing these days is on pounds and ounces, just enjoy it!

Now I have beaten it twice in what has been a special, special year for myself personally with Grayling of 3lb 4oz then 3lb 5oz. 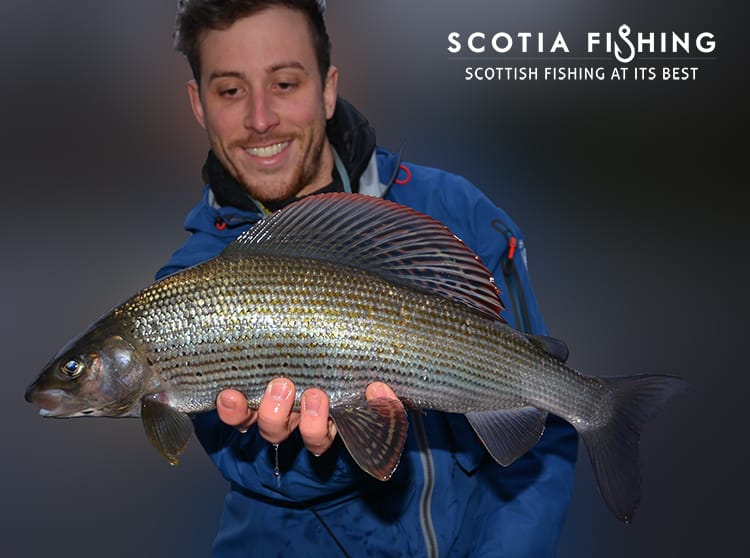 Huge Grayling caught in rising river – the rule books aren’t gospel! Apologies for the background photoshop but fish like these are pretty special and we have to protect our marks and more importantly these fine fish.

It’s hard to believe this majestic looking species were considered a pest many years ago. Persecuted by anglers and ghillies worried they ate all the Salmon eggs.

Thankfully attitudes have changed and they are now a much sought after quarry in Scotland, particularly in winter. 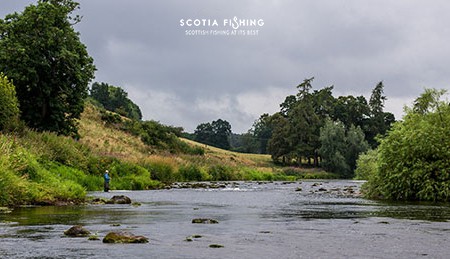 Grayling can be fished for all year round although it’s advised to avoid fishing for them during spawning times for obvious reasons. Although related to Trout & Salmon they spawn at different times preferring early Spring.

The great thing about Grayling fishing in Scotland is even in the coldest depths of winter, driving sleet, heavy snow, rain and wind they will still feed when little else is willing to take a fly. I have caught them in temperatures as low as minus 17 degrees celsius! 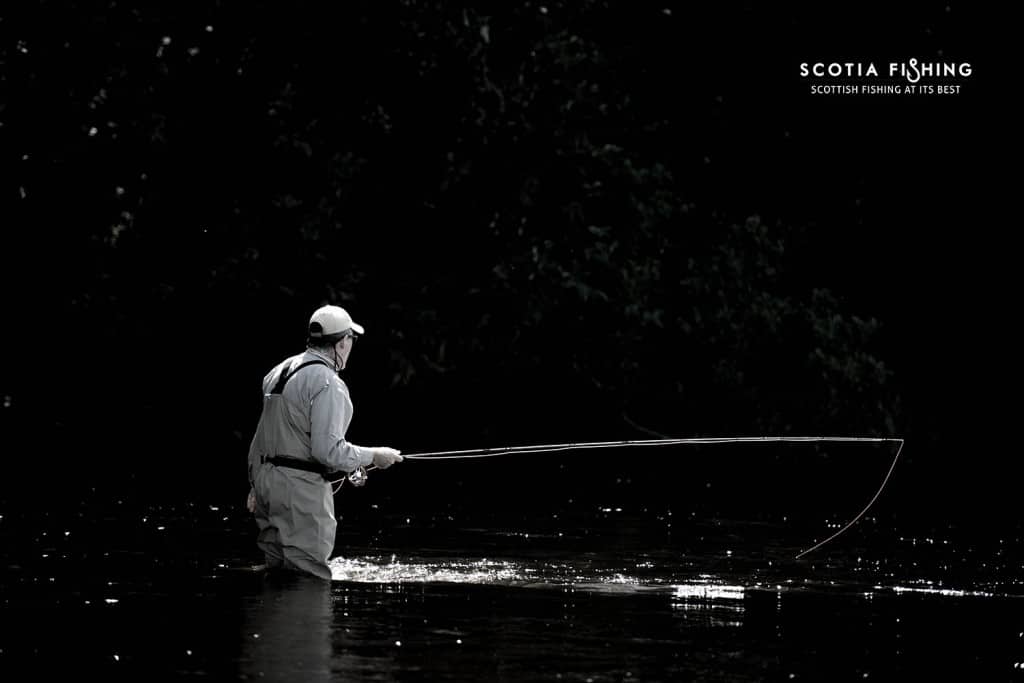 Grayling fishing in Scotland is up there with some of the best quality sport we have in the country (in my opinion). We have a number of quality rivers such as: the River Annan. Earn, Clyde, Isla, Nith, Tay, Tummel, Tweed & Teviot.

All these rivers offer fantastic Grayling fishing with with healthy populations and specimen captures every season. 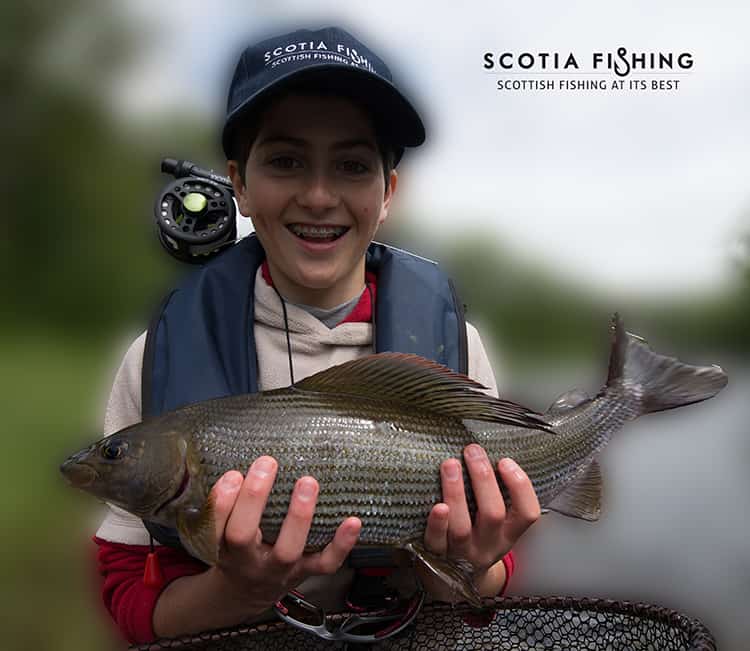 Young Jaco from Italy was a star! Three big grayling he had this day. Two over 3lbs!

Whether you are based in Edinburgh, Glasgow, Stirlingshire, The Borders, St Andrews or Perth there is good Grayling fishing to be had within an hours drive – what are you waiting for?

If you’re interested in Guided Grayling Fishing in Scotland please get in touch now.

We provide full equipment, waders, permits, transport, guides, lunch and photographs from your day to keep as a souvenir.

New for 2015 is our Winter Grayling Fishing Packages with special offers available.