The 2016 Summer fishing in Scotland is almost coming to an end – where have the months gone!
Apologies for the lack of updates with the blog, we’ve had a lot going on at Scotia HQ.

We’ve had a very positive season with many clients visiting from across the globe including USA, Canada, Australia, Europe and Asia. Our summer has been rather cold, which although not so pleasant for those visiting the country on vacation, has made for better fishing conditions! 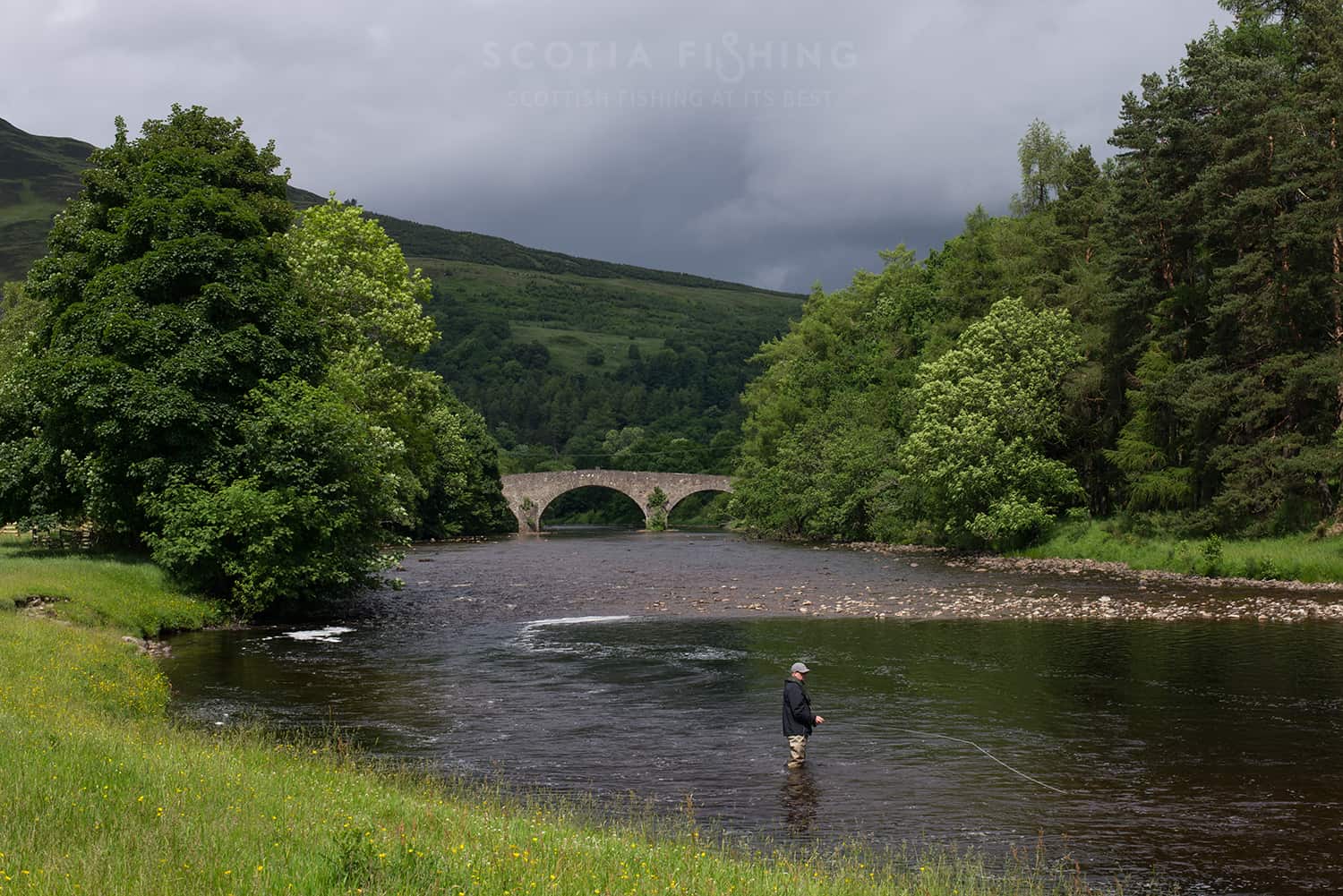 Scotland in summer, it takes some beating for natural beauty!

Late spring and summer period has seen some great fishing spells for all species, particularly salmon. The Tay has received consistent runs throughout the summer months with many multi sea winter Salmon mazing an appearance throughout the river system.
The lower river has fished particularly well from July onwards, with some beats having their best July for over a decade! 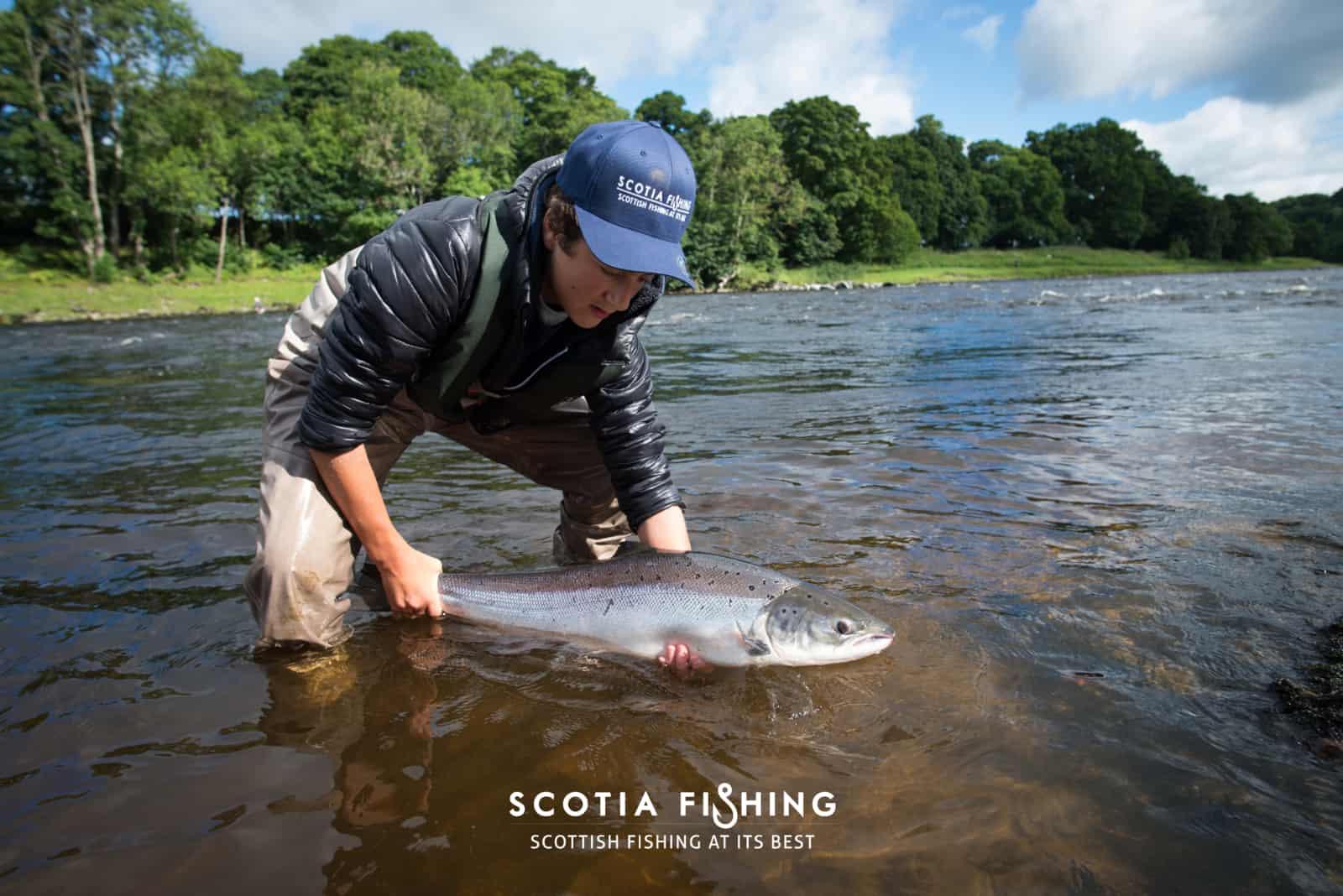 Our clients felt the rewards of this with some good catches. The highlight of the bunch had to be returning customer Jacopo (only 13 years of  age) landing a Tay powerhouse 18lb Atlantic Salmon!

This young man is a little superstar!

Also having a great day was big Sebi from Switzerland with a stunning brace of Tay silver on the fly! Not bad for your first time ever Spey casting! 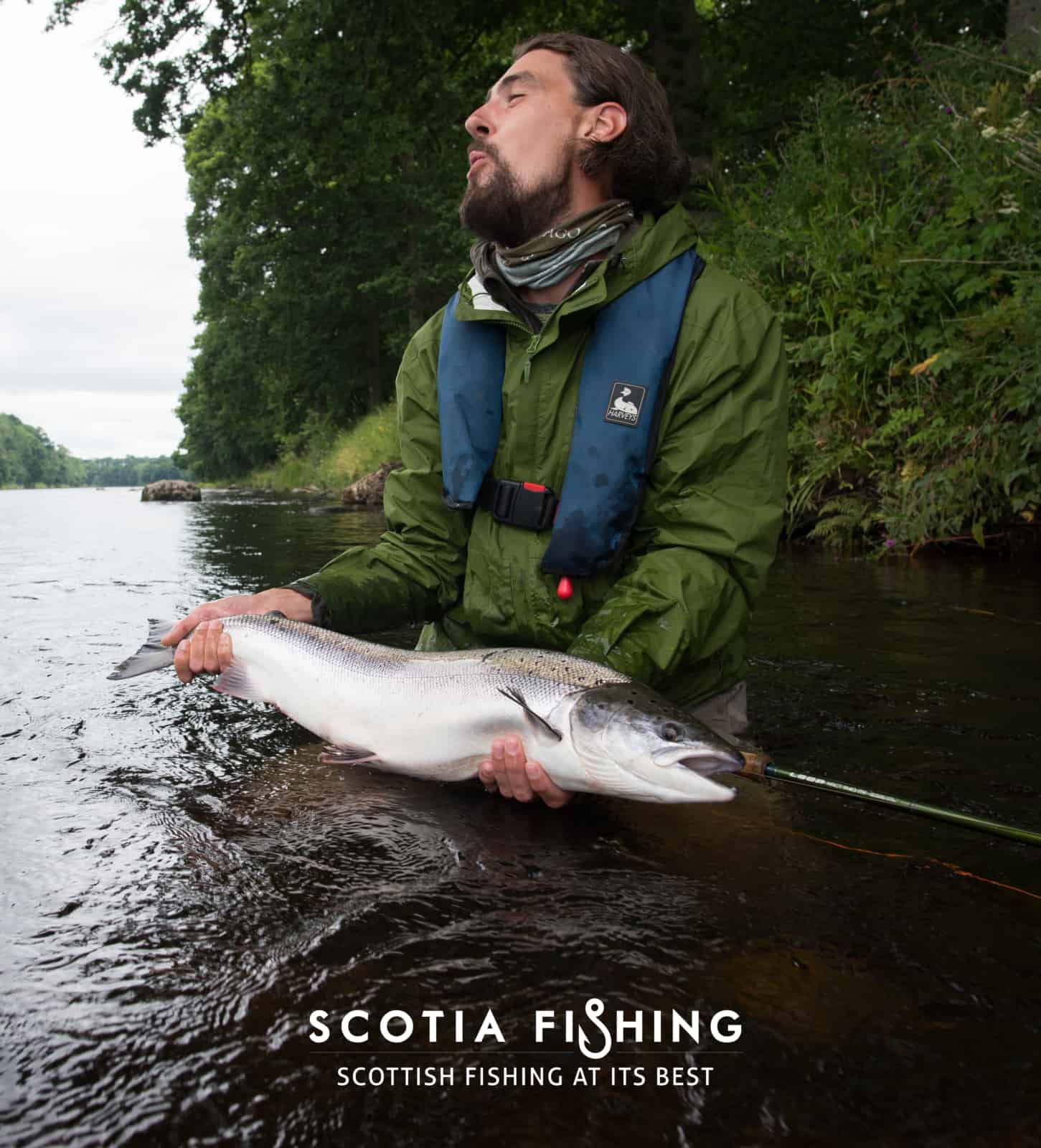 A few “woo hoos” were in order!

His girlfriend also lost two spinning – what a day that could have been!

With the colder weather our rivers fished very well and we had much better brown trout fishing than last year. We picked up a number of nice browns on nymphs during this period. 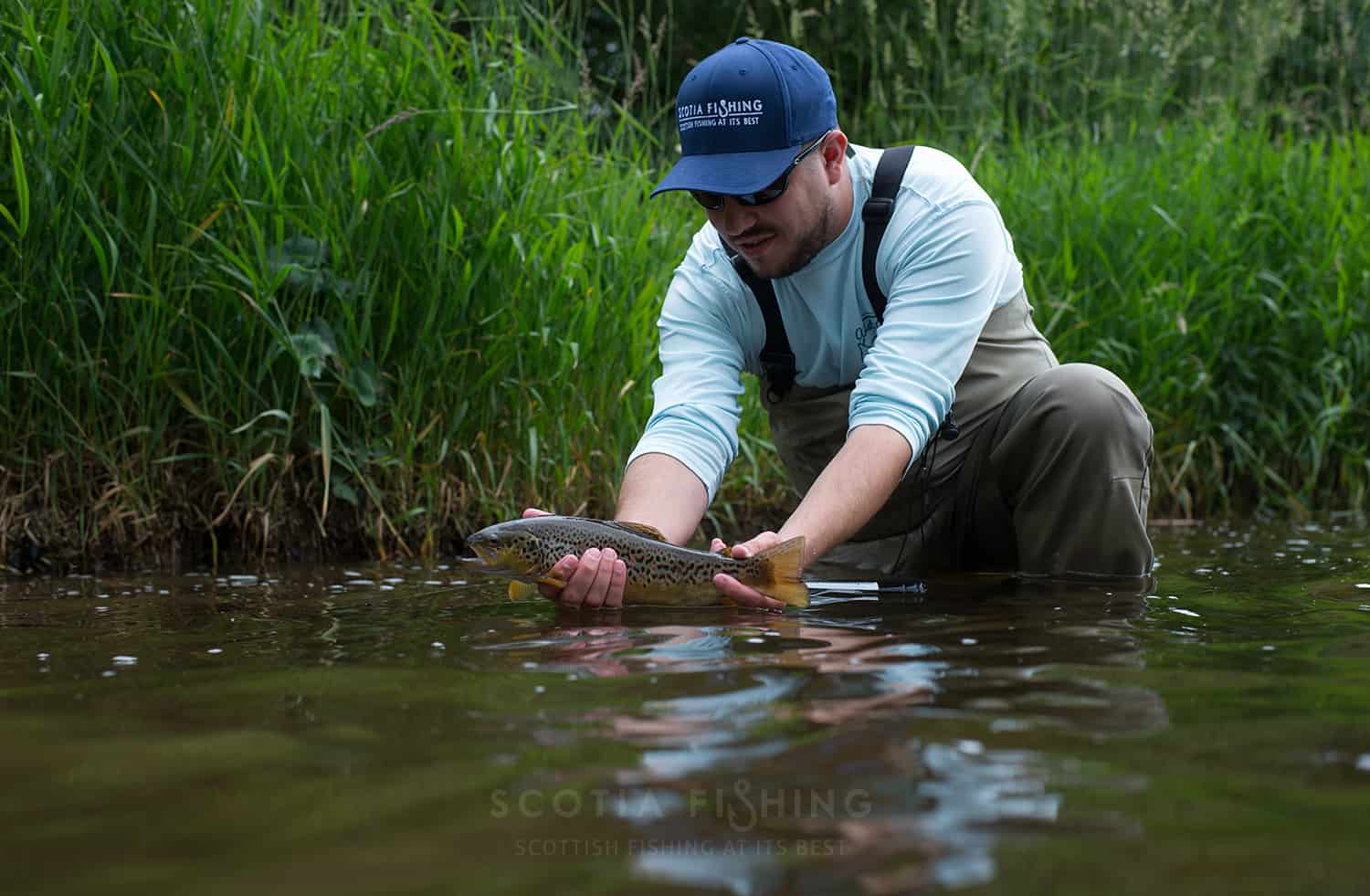 Robert (Rab) aka 603 Fly Guy with a nice brown on the Euro nymphing set up!

I had a great day out with Robert on the river chatting about all things fishy – the fishing was as good as the banter also!

Cody had a cracker right at the close of play, proving it pays to fish hard to the end! 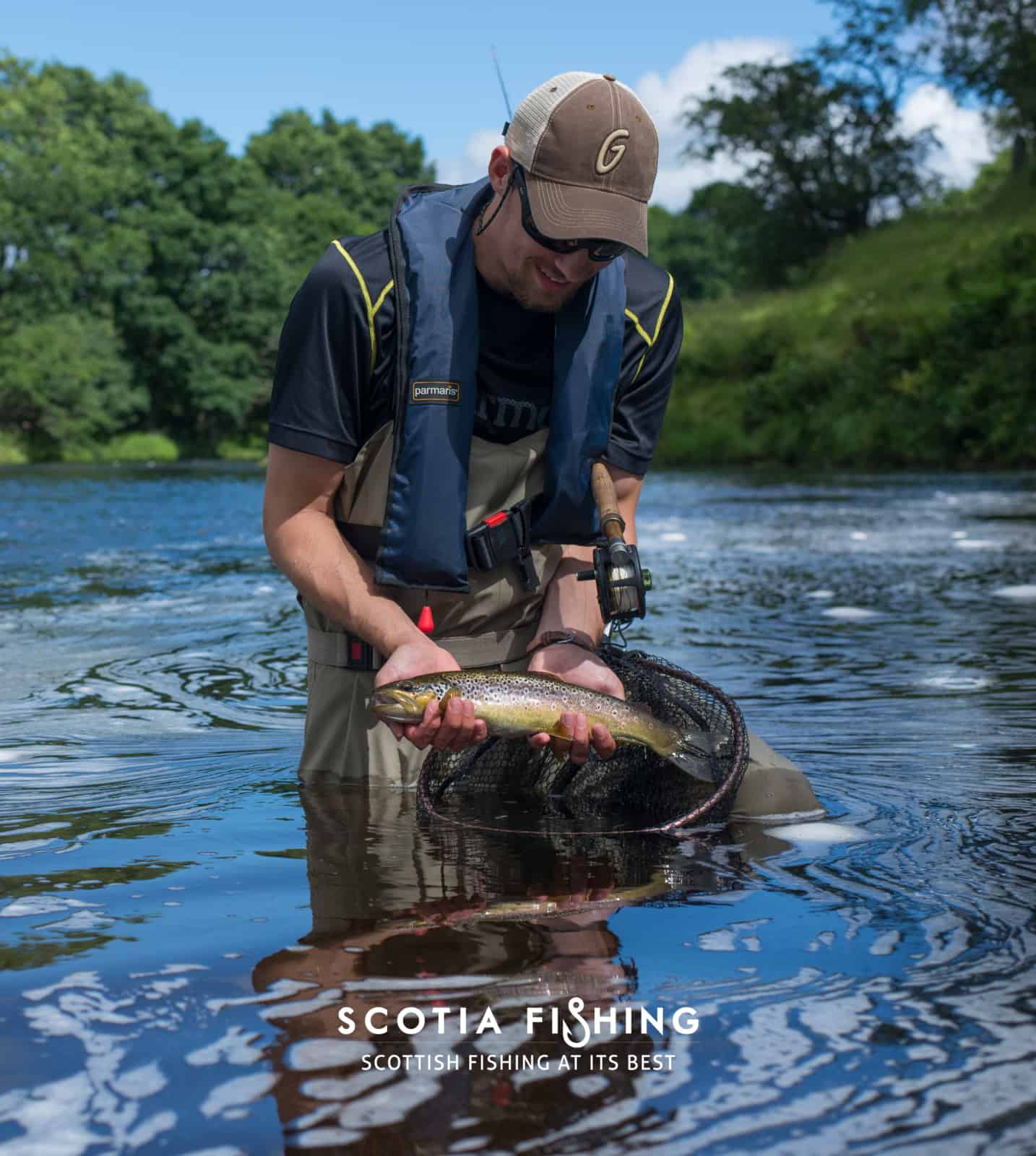 As well as the ever obliging and very welcome Grayling… 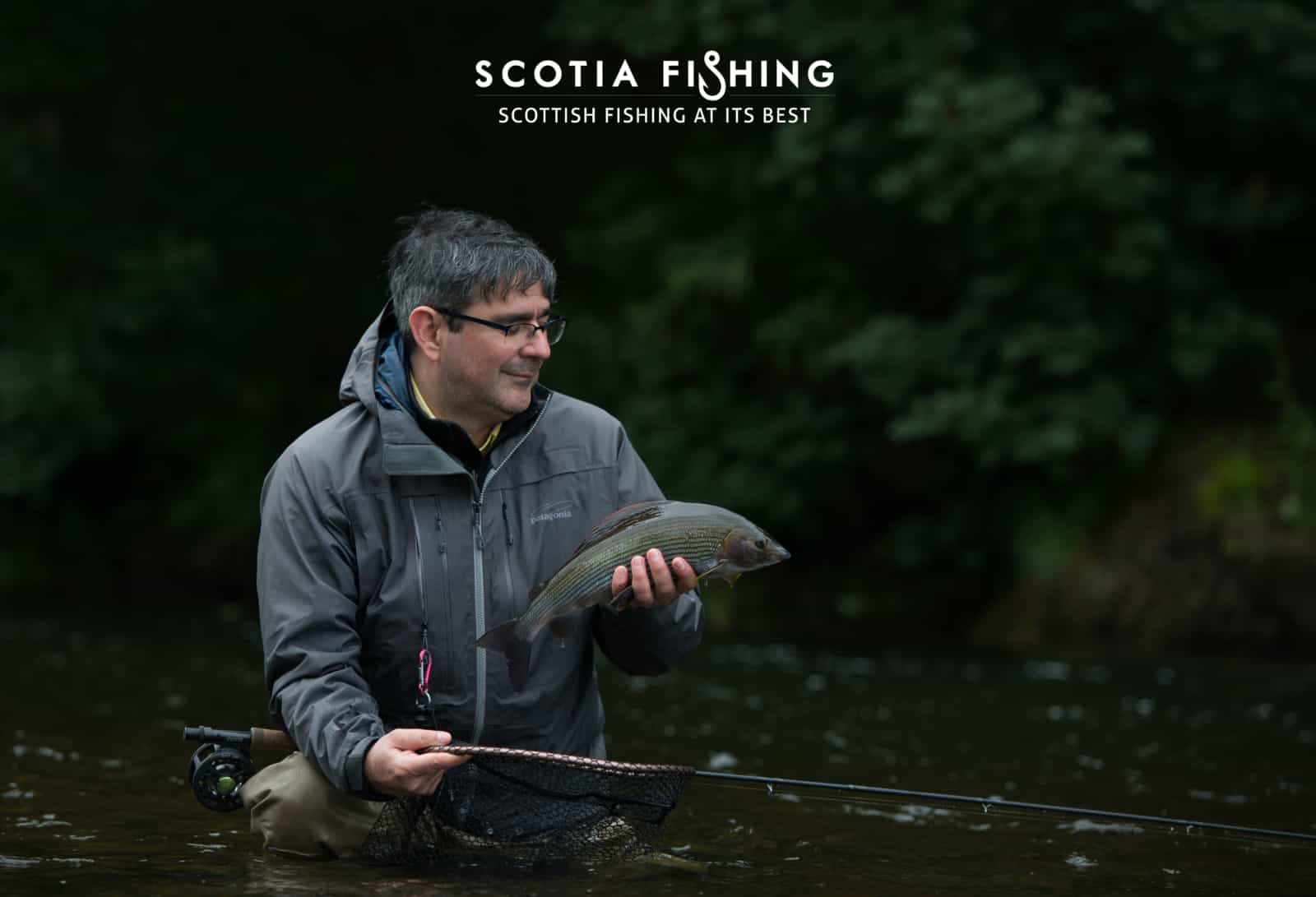 The Hill loch brown trout fishing has been hit or miss, on the colder days it has almost felt like winter up at these higher altitudes, putting the fish down. We have still managed to catch a few though! 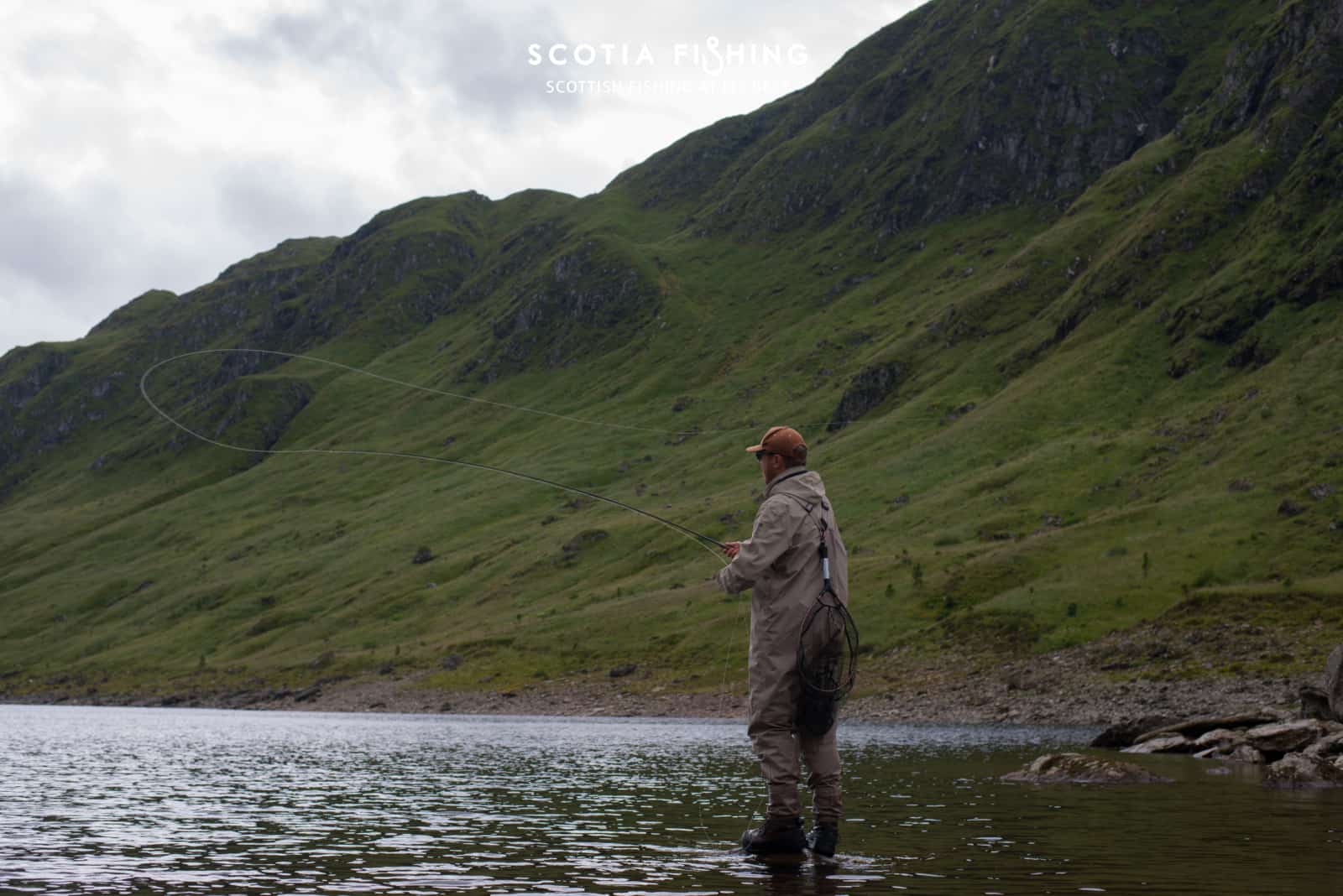 It can be cold up on the tops of these hills. Still as beautiful though! 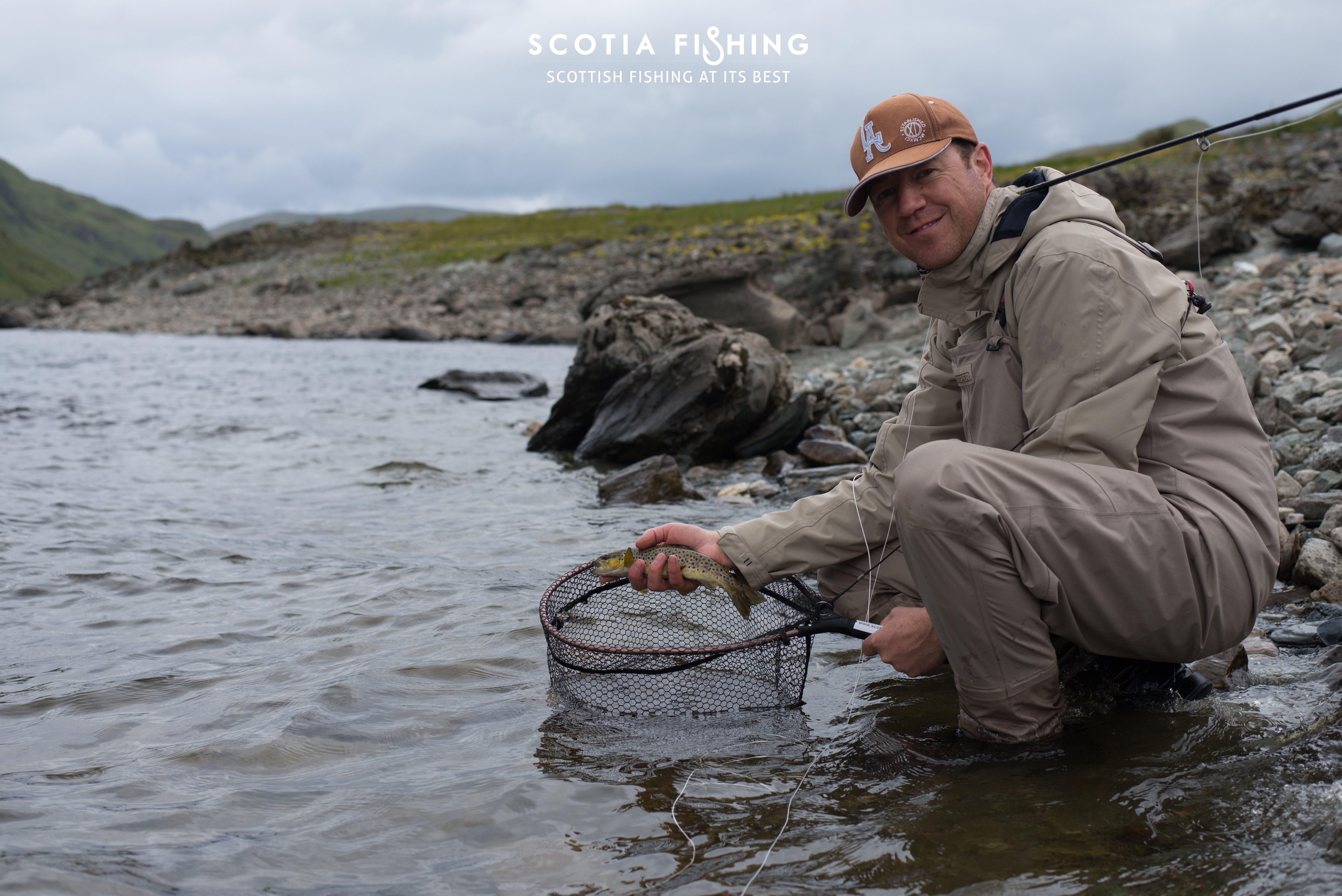 The Pike fishing has been consistently good with fly and modern lure fishing tactics. For a couple of weeks the big fish were hard on the feed and our clients landed some great pike during this period on lures..

The biggest of the season so far goes to Piotr using light lure fishing tackle. 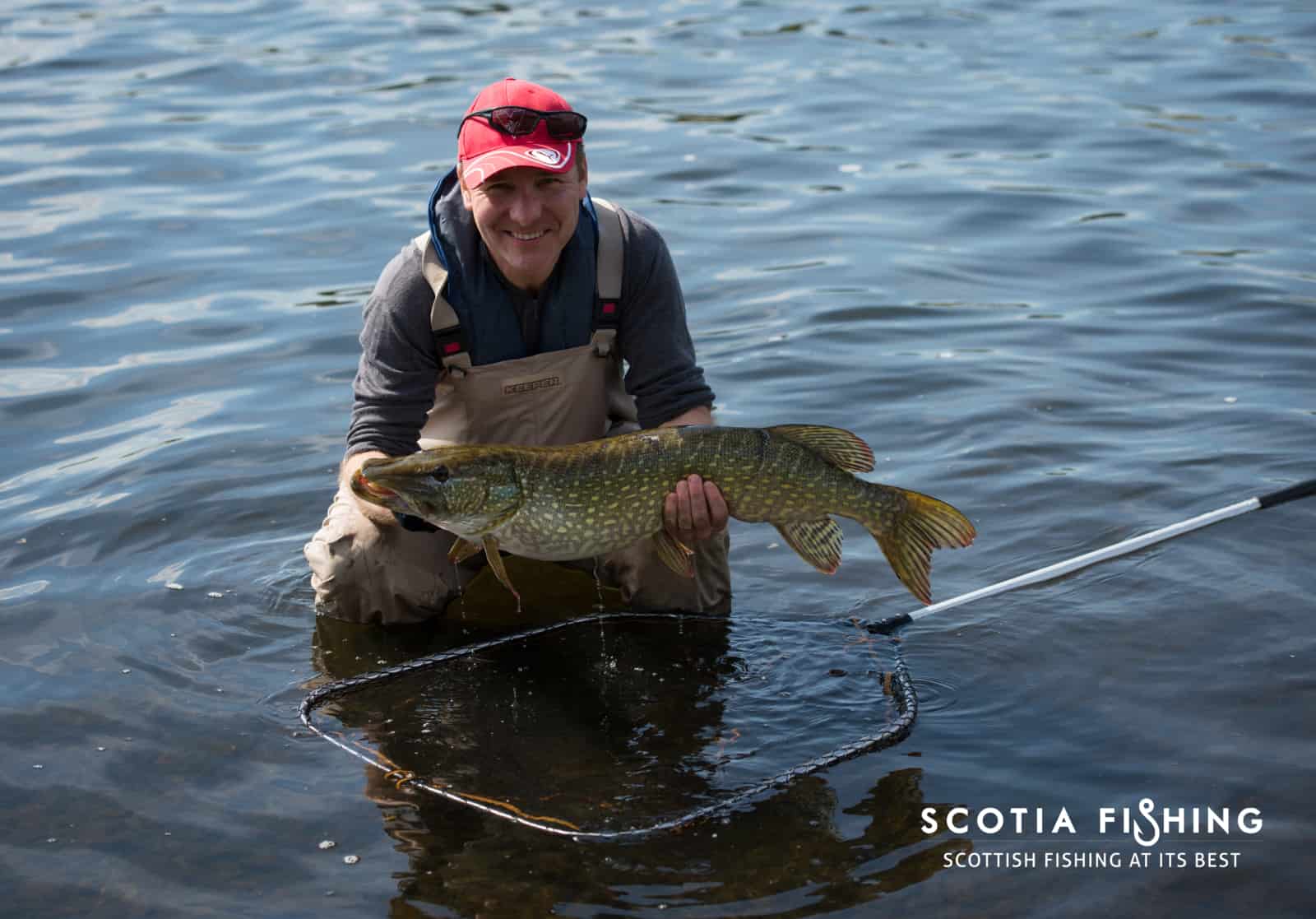 As fat as they get, this Pike was sitting under some of the largest shoals of Perch fry I have ever seen!

Chad managed a cracking first ever Pike on the fly. 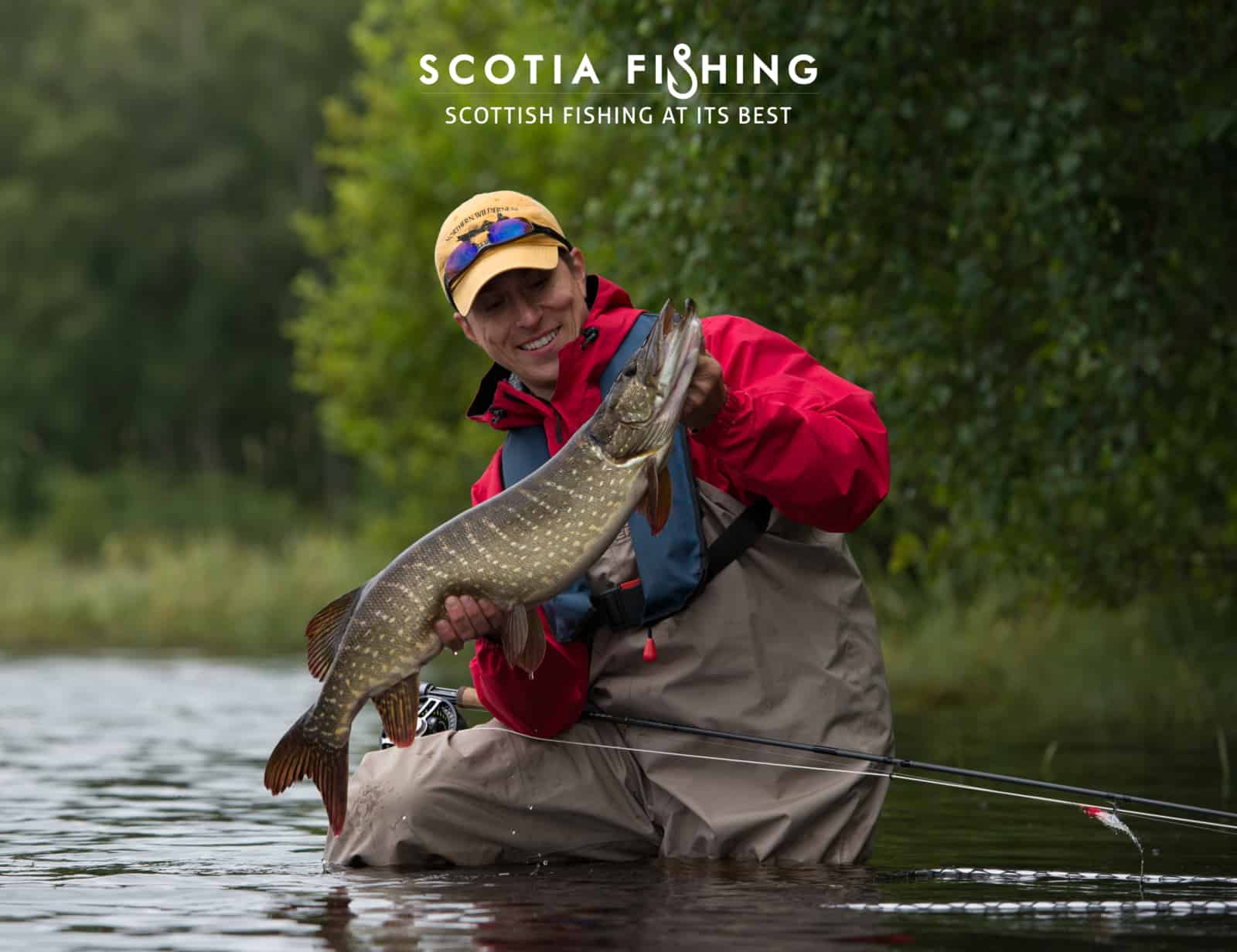 A hard fighting Pike on fly…

Just look at the beautiful colouration on these Pike!

I managed a couple of short breaks myself including a three day trip to Iceland (report to follow soon). I also took a recent foray up to the Highlands with my partner. We were unlucky with the weather though and endured some spectacular wind and rainstorms, which put an end to the fishing, but made for some interesting photographs! 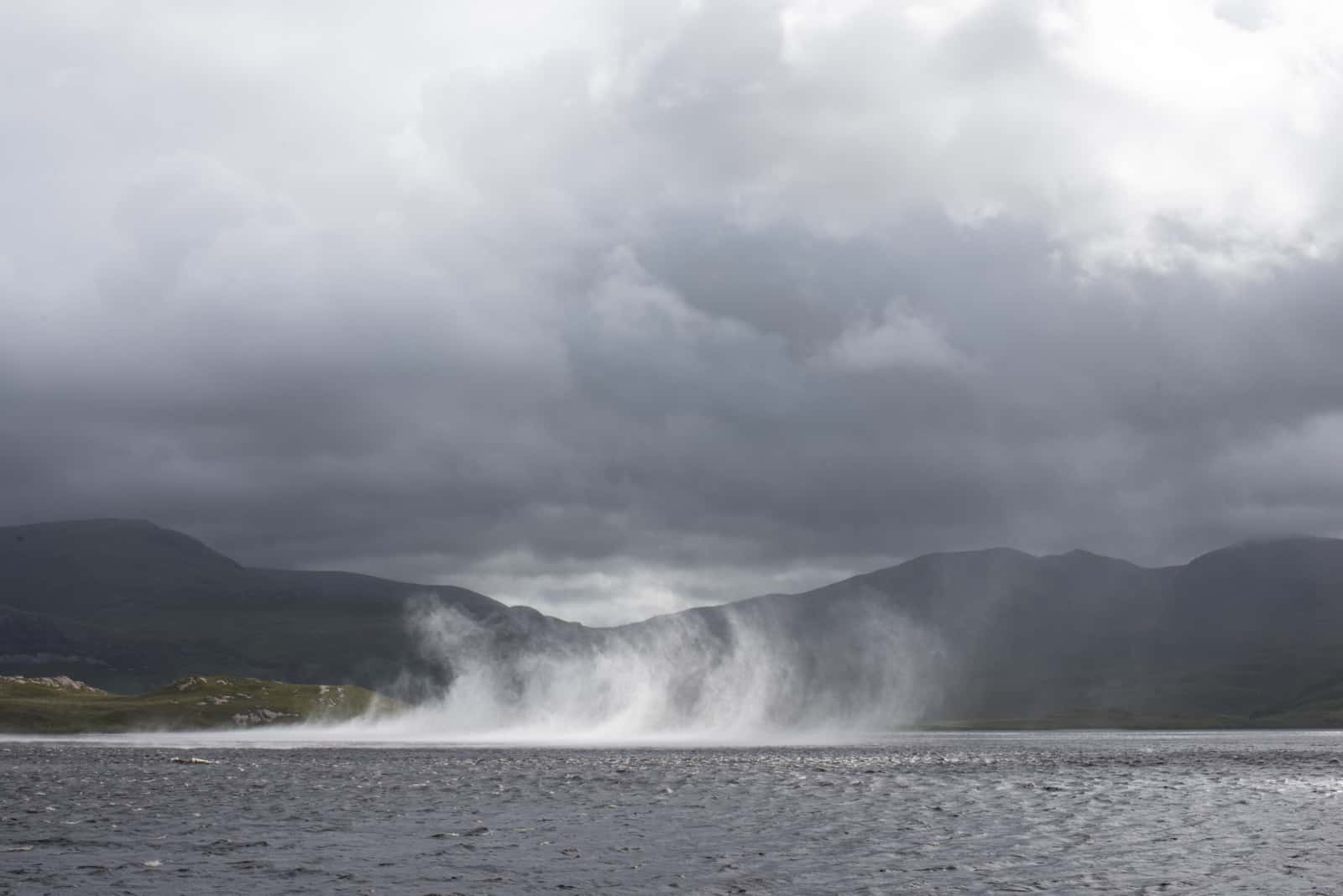 Tornado like wind storms up in the Highlands of Scotland

The summer fishing period in Scotland is coming to an end for 2016. With the arrival of Autumn we hit one of the best times of year to fish for all fresh water species in Scotland.
It is also one of the most beautiful seasons to be on the water with the leaves turning on the trees and misty mornings – I can’t wait!